First settled in 1650, Carlisle was twice a district before becoming a town. The first district was formed in 1754 entirely from the northerly part of Concord; but because the inhabitants could not agree on the location for building a meetinghouse for religious worship, the territory was returned to Concord in 1756.

In 1758, Timothy Wilkins gave 1.5 acres of land for building such a meetinghouse, which was erected in 1760 just northwest of the present First Religious Society in Carlisle Center. This was the spark needed to establish the second district of Carlisle during the Revolution on April 28, 1780 from portions of Concord, Acton, Chelmsford, and Billerica. At that time there were ninety dwellings and one hundred two families. Early industries other than farming included grist, fulling and saw mills. Later came granite and copper mining and the cranberry bog on Curve street. [More] 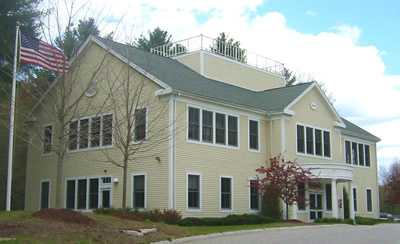